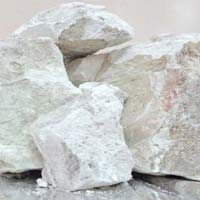 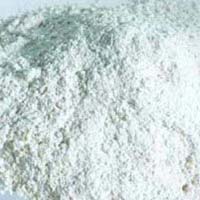 Sited in Gujarat, we are referred as the premier name engaged in the manufacturing, supplying and exporting of the Dolomite across every part of the country and abroad. Endowed with the most suited physical and chemical properties, our variety of Dolomite finds use in wide range of industrial applications. We offer them quality assured at the reasonable prices.

More About Dolomite :
Dolomite was named for the French mineralogist Deodat de Dolomieu. The mineral dolomite is commonly found in deposits of a sedimentary rock called dolostone. There are two types of materials often called dolomite, a true chemically uniform calcium magnesium carbonate with the chemical formula CaMg(CO3)2, and a dolomite limestone, which is just an irregular mixture of calcium and magnesium carbonates.

Dolomite is believed to have formed by replacement of some of the calcium in a calcium carbonate limestone deposit with magnesium, while the sediment was undergoing lithification, being converted from layers of dead clam and other sea animal shells into crystallized calcite or calcium carbonate. The resultant dolomite mineral, CaMg(CO3)2 is a true double salt. The calcium and magnesium ions in dolomite exist in separate layers in the crystal matrix. Dolomite has a calcium layer, then a carbonate layer, then a magnesium layer then a carbonate layer, and so on.

Dolomite is harder and denser than the calcite form of calcium carbonate or limestone, and is more chemically inert and more impervious to acid attack.